The Wonderful World Of Motor Sports

People interested in buying a pontoon boat model with some luxury features may assume they cannot afford it. One possibility would be to shop for used pontoons in excellent condition. Pricing is significantly lower for pre-owned boats, and these consumers could find exactly what they have in mind.

One more upscale feature is a twin-engine setup that allows the boat to travel at 50 miles per hour or faster. Most people use pontoons for slower travel, but the higher-performance options are desirable for certain goals. One is being able to reach destinations swiftly. Another is for water skiing. Many boaters love the sense of the breeze as they speed along a river or lake.

Shoppers can find some luxury features on a relatively small scale if they want to save money. Depending on the brand, size, and style of the boat, a built-in bar might be included. Some include comfortable plush seating with built-in cup holders. There could be an impressive captain's chair for the person at the helm. Some vessels include built-in tables.

These are distinct changes from the most basic models consisting mainly of a platform for lawn chairs and perhaps a built-in bench or two.

Some luxury pontoon boats include a cabin for shelter during uncooperative weather and for sleeping. These are known as hybrid pontoons. Larger cabins make the watercraft look something like an old-fashioned houseboat and allow it to function as one to a certain extent. Before manufacturers started building hybrids, some pontoon owners built cabins of their own or bought a kit to construct one.

Shoppers should keep in mind that this uses space on the platform, reducing the number of riders who can come along. They'll need to decide on their main goals for the boat.

Another option is a double-decker model, allowing for more passengers. The deck floor also functions as a roof for shade and shelter from the rain. An additional fun feature on some double-decker vessels is a slide going down to the water.

A third possibility is to buy a canopy known as a bimini top and the required hardware for installation on the platform. Some are electrical retractable versions so the canopy can be moved quickly as desired. Although this doesn't provide as much cover as people generally want for sleeping, it does offer shade and some protection against rain. 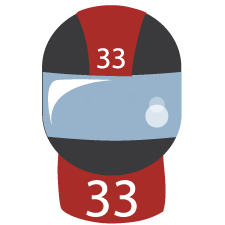 Hi, my name is Joe, and if your hobby is motor sports, then you're going to enjoy reading my blog. I've been interested in motor sports ever since I was a teenager and I bought my first dirt bike. My wife says that I live and breathe motor sports and I think she's right. In this blog you'll learn all about dirt bikes, motorcycles, stock cars and much more. I'll also tell you about the newest accessories that are available. If you're into fast cars and bikes, you'll really like reading this blog. I hope you get as much enjoyment out of reading my posts as I have enjoyed writing about this awesome sport.